Very possibly, yesterday I did something that no one else has ever done.
After protecting myself with astronaut suit, mask and gloves, I gave a Clorox bath to a pickup truck full of watermelons.

Of course, not all by myself. Dra. Dora and I teamed up, and upon receiving the Ranch’s first Coronavirus-era shipment of food from Tegucigalpa’s crowded market, we made the 150 much-handled melons safe for the many hands that awaited them.
How dizzying it is to look back at the past eight days.

First, because of the increasing Coronavirus threat to Honduras, NPH stopped all its community programs, released all nonessential employees, closed the school, and discontinued the medical work in the External Clinic and Surgery Center. Moreover, one of our Volunteers who had shown classic Coronavirus symptoms, was isolated while we awaited his test results. Unfortunately, Honduras (with only a handful of Intensive Care Unit beds for a population of 9 million) would face certain devastation in trying to manage an outbreak.

Sunday, after discerning that staying our entire stint at NPH Honduras was not well advised, Susan and I rearranged our return flight to Texas in order to leave within the next few days. Then, we notified the others of our change in plans.
Not so fast. Sunday night, Honduras closed its borders.

Soon after, a presidential decree also halted bus traffic in the country, and required residents of the major population areas to stay home. National police enforced the curfew. Few stores were opened — and those for only limited hours.
Meanwhile, back at the Ranch: returning High School and University students were briefed, examined, and then sent into quarantine as they entered the NPH front gate.

All the children were to be in groups no bigger than their own hogar, had to stop hugging, and were drilled on catching their coughs and sneezes in the angle of their elbows.

Finally, the dreaded advice from NPH International: all Volunteers should return to their home countries. They were invited to stay on the Ranch only with a liability waiver.

Today’s early morning transportation left the Ranch carrying Claire, Michaela, Erin, Chau-Nhi, Lauren, Sofie, Susan and me. Only seven hours prior, Arielle — our diligent Volunteer Coordinator — had breathlessly delivered us the instruction to pack up and be ready to leave Honduras, in what might be our only chance to do so for a while. Though we were excited and energized, our spirits sank at the thought of what we were leaving behind. We would miss the camaraderie of our work, the nightly squeal of the noisy chicharas and the simplicity of the meals. But mostly we would miss the bonds with our community. Though we knew we would return to the Ranch next year, we worried about those we love and serve, and how they might fare in a pandemic in this poor country of limited resources and unpredictable government.
Moreover, there was no time for goodbyes.

Once the US embassy representatives confirmed that we were all allowed on the airplane, we bid Victor farewell and hopped off the van — lugging heavy suitcases and wearing our N-95 masks and protective gloves.

Now, I sit in the mesh seat of a US Air Force C-130 transport, flying over the Gulf of Mexico, along with 80 other fleeing US citizens. Our unlikely group is comprised of people from the diplomatic corps, their families, volunteers, and a US women’s tackle football team — who had just completed an exhibition tournament in Central America. Thanks largely to this team and its persistence with US lawmakers, governors — and even a Fox News interview from the Clarion Hotel in Tegucigalpa — here we all are.
As I look around the airplane, my heart smiles. What an assortment of Americans! In spite of the admitted polarization, contentiousness and noise in our days, this is what our country does well. To put what unites us ahead of what separates us.

This is also what we human beings do well. To see and to embrace the human dignity that inhabits each of us.

Tonight, as I lay my head on a pillow somewhere in Charleston, South Carolina, it will be filled with dreams of a return to a familiar — but changed — America. Being back in the Lone Star State will be especially welcomed.

Perhaps a slab of brisket at Earl Campbell’s in the Austin-Bergstrom Airport. No beans, please.

Perhaps a Shiner Blonde to toast our recent adventure.
No Corona, PLEASE ! 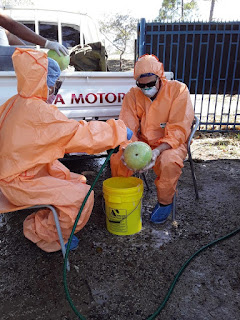 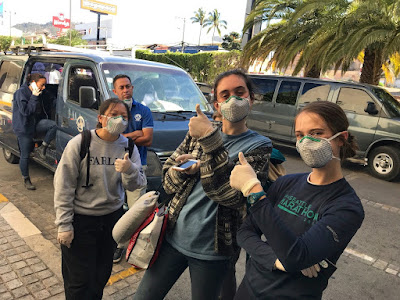 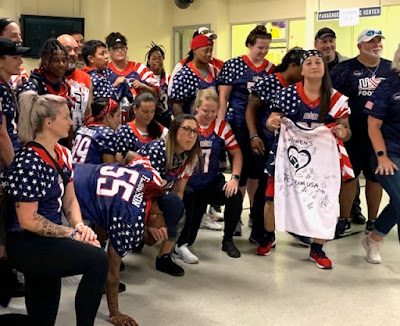 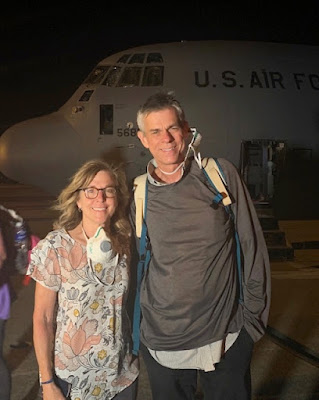 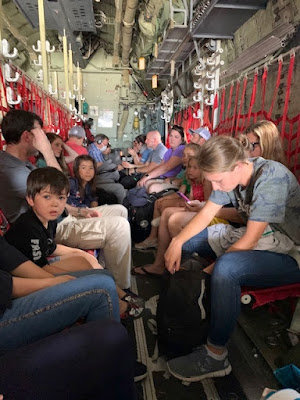 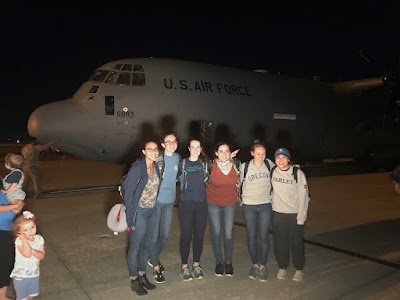 at March 23, 2020
Email ThisBlogThis!Share to TwitterShare to FacebookShare to Pinterest

William Stavinoha, MD is a Family Physician who practiced in Austin, TX until 2016. Susan Stavinoha, PA-C is a Physician Assistant in Womens’ Health. They have three grown children and four grandchildren.

“Neighbors Far Away” is a window into the lives of William and Susan, as they periodically work with and live with the people of Honduras.

More information about the organizations with whom the Stavinohas work may be found at www.nph.org and at www.oneworldsurgery.org.